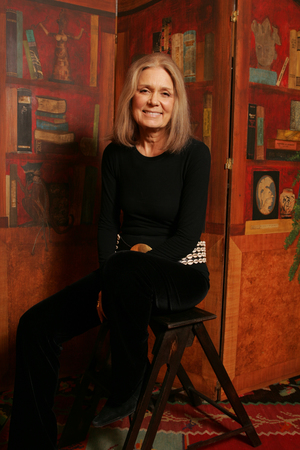 Arena Stage at the Mead Center for American Theater will host a special post-show conversation with Gloria Steinem on Sunday, January 28 following the 7:30 p.m. performance of Mary Kathryn Nagle’s world premiere Power Play Sovereignty. This gripping political exploration travels the intersections of personal and political truths, and historic and present struggles, in the fight to save the sovereignty of Cherokee Nation both past and present. Under the direction of Artistic Director Molly Smith, Sovereignty runs January 12-February 18, 2018 in the Kreeger Theater.

The post-show conversation will bring together feminist, journalist and socio-political activist Gloria Steinem with Cherokee playwright and lawyer Mary Kathryn Nagle, moderated by Molly Smith, and will focus on tribal sovereignty as well as the sovereignty of the female body. In September 2016, Nagle co-wrote an opinion article with Steinem, connecting the dots between the Dakota Access Pipeline and violence against women. This conversation will explore how these issues impact Americans daily.