On October 7, World War II era aircraft, including T-6 “Texans”, will launch from Culpeper Regional Airport and soar in formation down the Potomac River. The Potomac Flight over the Pentagon and Arlington National Cemetery is in honor of DAV (Disabled American Veterans) and pays tribute to the services and sacrifices veterans have made to secure our nation’s freedom.  This ceremonial formation flight will be visible from Alexandria, Arlington and Rosslyn, VA. Culpeper Air Fest will serve as a home base for the ground-breaking flight.

Where:
Airspace over the Pentagon and Arlington National Cemetery
View the expected route of the flight, here.

Why:
To honor DAV (Disabled American Veterans) as a visible tribute to their service and sacrifices

The North American T-6 “Texan” is a two-seat aircraft used as the advanced trainer for World War II pilots. Designed by North American Aviation, Inc., and first flown in 1938, the “Texan” quickly became the most popular trainer aircraft for the U.S. Military in the 1940s and 1950s. Over 15,000 “Texans” were built between 1938 and 1947, and approximately 400 are still flying today.

Culpeper Air Fest – “The Best Little Airshow in the East”

The world’s ONLY privately owned Harrier, aerobatic aircraft and vintage warbirds will roar into Culpeper Regional Airport located in Brandy Station on October 8th.  Don’t miss seeing the exciting stunts performed by some of the best pilots in the airshow community.  Enjoy static displays, airplane rides, model airplanes, games for kids and more!   The gates open at  9:00AM.  Buses will take guests to and from airport from 9:00AM. 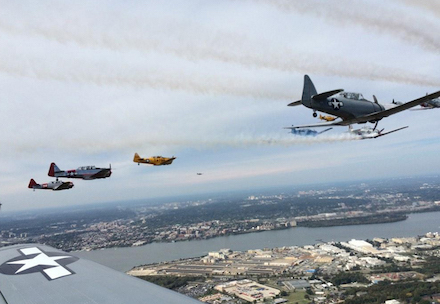 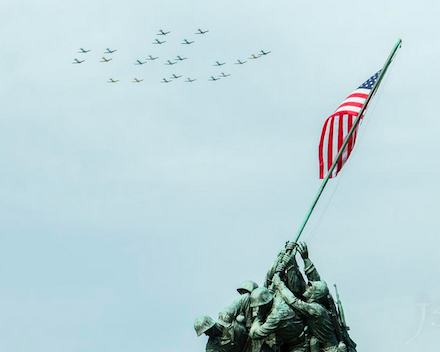