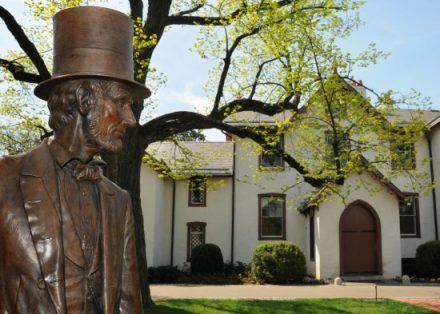 This February 19th marks ten years that President Lincoln’s Cottage, an award-winning historic site, has been open to the public. To celebrate a decade of ground-breaking programs that shed new light on the past and provide opportunities to take action today, President Lincoln’s Cottage will roll out a series of special opportunities for visitors tied to themes of empathy, equality, justice, and freedom.

When President Lincoln’s Cottage opened to the public in 2008, it immediately established a reputation as a unique and innovative model for historic sites. In just a decade, President Lincoln’s Cottage has served approximately 275,000 visitors from across the nation and around the world. Through innovative guided tours, award-winning exhibits and programs, we use Lincoln’s example to inspire visitors to take their own path to greatness, and preserve this place as an authentic, tangible connection to the past and a beacon of hope for all who take up Lincoln’s unfinished work. 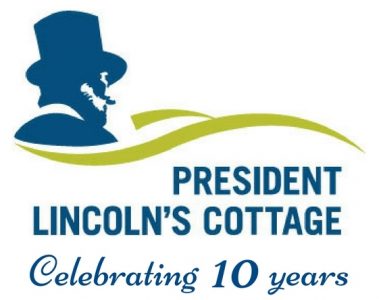 From February to November 2018, President Lincoln’s Cottage will exhibit a series of artifacts rarely displayed from its own collection as well as items on loan from public and private collections. February’s “Freedom Documents” -miniature copies of both the Preliminary Emancipation Proclamation and the final Emancipation Proclamation, a broadside of the Proclamation, and an etching of the Thirteenth Amendment- will be on loan for six months. Starting in March, a same-edition collection of books Lincoln had in his library will be on display for one month. In April 2018, President Lincoln’s Cottage will display a sherry glass President Lincoln purportedly used during his last visit to the Soldiers’ Home in 1865. Future month’s exhibits will be announced at a later date.

Over the past ten years, President Lincoln’s Cottage has transformed from an unknown relic of history shrouded from the public, to a vibrant gem at the forefront of great cultural institutions in Washington, D.C. It has received numerous awards and honors for its preservation, interpretation, and education programming nearly every year since opening, including a Presidential Award for Extraordinary Efforts to Combat Trafficking in Programming for Students Opposing Slavery (October 2016), various American Association for State and Local History Leadership in History Awards, the American Alliance of Museum’s EdCom Award for Excellence in Programming (2016), Washingtonian Magazine’s  50 “Great Places to Work” list (2017) and “Best Museum Off the Mall”by the City Paper’s Best of DC 2017 Readers’ Poll (2017).

For up-to-date details regarding special 10-year anniversary programming and events, visit www.lincolncottage.org/10-year-anniversary or follow along on social media: @LincolnsCottage with #10yearsofPLC and #Celebrating10Years.