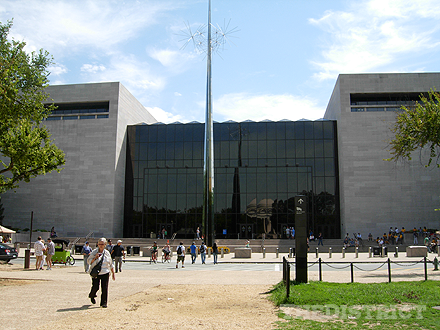 The National Air and Space Museum is an indispensable part of your Washington, D.C. visit if you have any interest in space exploration, astronomy, or the history of flight — or if you have kids.

In the entrance hall you’ll come across the museum’s incredible collection of  “Milestones of Flight,” including the “Spirit of St. Louis” airplane in which Charles Lindbergh first crossed the Atlantic; the Bell X-1 in which Chuck Yeager broke the sound barrier; and the North American X-15, the fastest airplane ever flown.

Beyond the entrance hall there’s much, much more. You can climb into the cockpit of a Boeing 747 jumbo jet, or look inside the back-up version of Skylab. Upstairs you’ll see the very first contraption to achieve powered flight, the Wright brothers’ 1903 Flyer, as well as several of the scary-looking fighter planes flown by Britain, Germany, Italy, Japan, and the United States during World War II.

At the museum’s Albert Einstein Planetarium, immerse yourself in the mysteries of black holes or the wonders of cosmic collisions (shows every half hour). Or check out a movie on the giant IMAX screen. The planetarium and IMAX shows do sell out, so you might want to purchase your tickets in advance through the Smithsonian’s web site here.

The Museum is currently in the midst of a large-scale, multi-year renovation that includes a total refresh of all galleries and public spaces.  The project will be completed in phases, and some galleries and artifacts will be off-view at times.  The first new galleries are expected to open in 2022, with final completion of the project in 2025.  At this time the following are not on view:

The Museum and most other Smithsonian museums are closed for COVID-19 precautions (the Udvar-Hazy Center is open). When it does reopen, several amenities are expected to remain suspended, including the Lockheed Martin IMAX Theater.

For more information about this museum, visit: https://airandspace.si.edu. 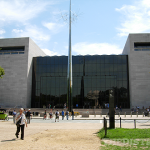 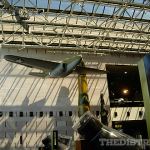 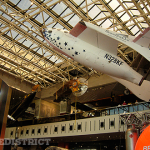 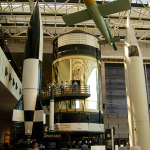 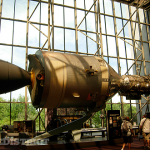