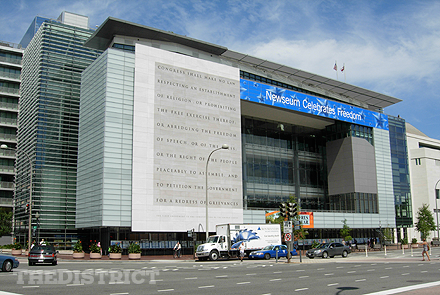 If you’re a news junkie, this is the museum for you. The $450 million, seven-level Newseum is a monument to the members of the fourth estate and among the most interactive of Washington, D.C.’s museums. Among the 14 galleries, 15 theatres and two broadcast studios, you’ll find the ash-covered notebook and camera of a reporter who died on 9/11; pieces of the Berlin Wall; iconic news photographs from the Vietnam War and civil rights era; and a memorial to journalists killed in the line of duty.

Among the museum’s most popular features: eight “Be a Reporter” stations that allow visitors to step into the role of a broadcast journalist covering the White House or Supreme Court. Pick up a microphone and prepare for your on-camera debut. Videos can be downloaded later off the Newseum web site, for a fee.

Located between the White House and Capitol Hill, the Newseum is a part of the city’s news establishment; ABC’s “This Week with George Stephanopoulos” is taped here every Sunday morning (taping is closed to the public). A photography exhibit featuring 100 award-winning photos of Barack Obama is also attracting politicos.

As you leave the Newseum, check out the 80 daily front pages from newspapers around the world, strung out along Pennsylvania Avenue. With the newspaper industry in financial distress, they may soon be collector’s items.

The Newseum’s sixth-floor Hank Greenspun Terrace, named for a crusading publisher, offers stunning views of Pennsylvania Avenue, the National Mall, the U.S. Capitol and the Washington Monument. Bring your camera.

For more information about the Newseum, visit www.newseum.org.

Photos of the Newseum 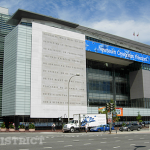 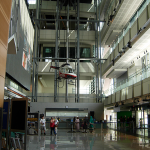