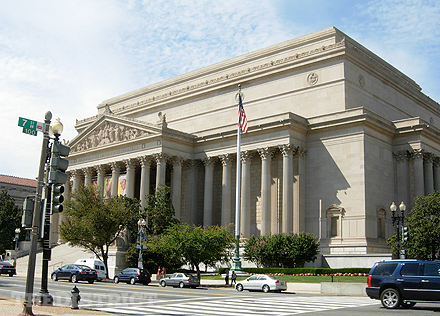 The National Archives and Records Administration is the nation’s official record-keeper; it holds 1 to 3 percent of all documents, films, maps and other materials produced by the federal government. It is also the keeper of priceless heirlooms of American history, including the Bill of Rights, the original Constitution, the Declaration of Independence, the Emancipation Proclamation, the agreement signed by Napoleon Bonaparte that finalized the Louisiana Purchase, and the Magna Carta.

When you visit the rotunda of the National Archives’ main building in Washington, D.C., you’ll see the first three of these (the Bill of Rights, the Declaration, and the Constitution) on permanent display. The Magna Carta is off to the left. You can also tour “The Public Vaults,” a permanent exhibit showcasing some 1,100 documents, photographs, maps, drawings, films, and audio clips from the Archives’ collection. These are grouped according to five themes: records of family and citizenship (where you can learn how to research your own family history); records of liberty and law (which includes audio clips of congressional Prohibition debates); records of war and diplomacy (where you can listen to White House conversations during the Cuban Missile Crisis); records of frontiers and firsts; and records related to the Archives’ policies and purpose.

The Archives web site warns that you may have to wait on line for up to an hour in March, April, and May, on Thanksgiving weekend, during the week between Christmas and New Year’s Day, and at other times visitor traffic is heavy. You can skip the lines, though, by making a reservation for a self-guided tour at least six weeks in advance—although the times when it’s hardest to get a reservation coincide with  the times during which the lines are the longest. Or try to get a reservation for the one guided tour offered each day at 9:45 a.m. You can make reservations for the self-guided timed entry or the guided tour on their web site here.

Find out more about visiting the Archives at https://museum.archives.gov.

Photos of the National Archives 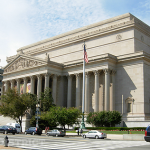 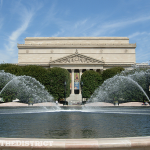