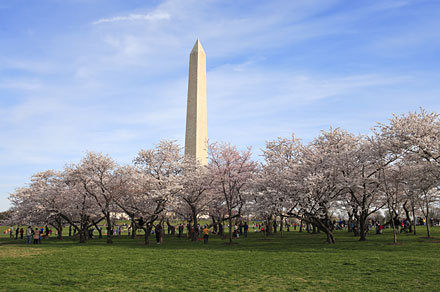 The organizers of the National Cherry Blossom Festival in Washington DC have announced the following festival dates for 2015.

The 2015 National Cherry Blossom Festival will begin the first day of spring, Friday, March 20, 2015, and continue through Sunday, April 12, 2015. The following signature events have also been scheduled: