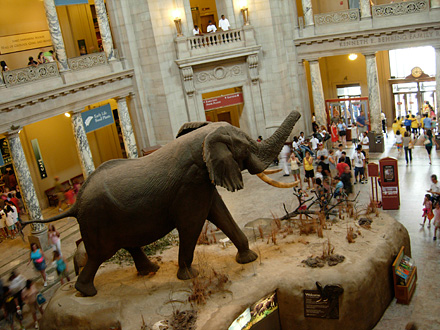 The National Museum of Natural History, located on the National Mall just across from the Smithsonian castle, is America’s most visited museum for good reason. Its 126 million specimens and cultural artifacts are a treasure trove for anyone interested in nature, science or anthropology, and kids absolutely love the place. Begin your visit in the domed rotunda marveling at the museum’s official greeter — an 8-ton African elephant named Henry.

Then wander over to the Sant Ocean Hall, a 23,000-square-foot exhibition space re-opened in September 2008 after a long renovation. It’s the largest exhibit of marine life and systems in the world. Here, you’ll see a replica of a 45-foot-long North Atlantic right whale suspended from the ceiling, and a giant squid so rarely seen that its species wasn’t caught on camera until 2004. “Ocean Odyssey,” a high-definition film that wraps the walls above the exhibit space, creates a unique underwater atmosphere. If you’re visiting with kids, they’ll be drawn immediately to the 1,500-gallon living coral reef, swarming with brightly colored tropical fish, hermit crabs and coral. Museum educators are always on hand to answer kids’ questions about the reef (and they ask a lot of questions).

You’ll find another family favorite upstairs at the O. Orkin Insect Zoo, where visitors can get their creepy-crawly fix by watching tarantulas, termites and cockroaches at work and play. Next door, the 1,400-square-foot Butterfly Pavilion provides a one-of-a-kind opportunity to surround yourself with more than 400 free-ranging, live butterflies. (Note: The Butterfly Pavilion charges a $6.00 admission fee for adults ($5 for children, 2-12) and operates on a slightly different schedule from the museum. Tuesdays are free but timed-entry tickets are required and can be obtained at the Butterfly Pavilion Box Office beginning at 10:00 AM each Tuesday. Visit www.butterflies.si.edu for more.)

Adults will get a kick out of seeing the renowned — and supposedly cursed — 45.52-carat Hope Diamond on the museum’s second floor in the Geology, Gems and Minerals Hall. Alternatively, don a pair of 3D glasses and spend an hour in the museum’s super cool Samuel C. Johnson IMAX Theatre watching movies such as “Hidden Universe 3D” and “To Fly!” on the six-story screen. Check www.si.edu/imax for current features and schedules.

The National Museum of Natural History announced that it will construct a new dinosaur exhibition hall made possible by a $35 million donation from David H. Koch. The existing dinosaur hall closed to the public in spring 2014 to allow construction to begin. The new National Fossil Hall will open June 8, 2019.

Photos of the Smithsonian Museum of Natural History 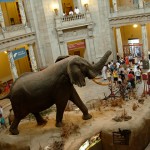 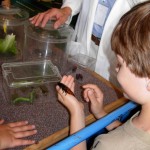 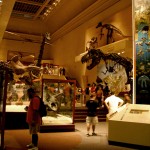 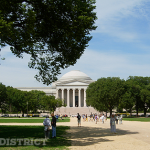 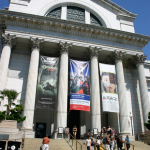 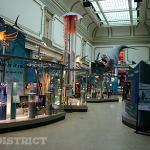 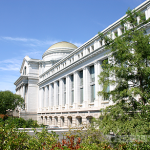 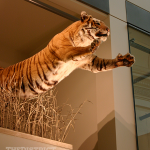 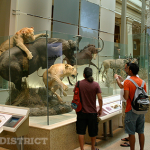 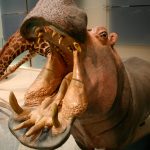 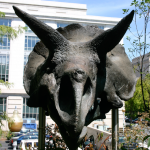 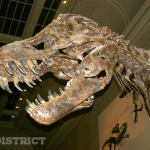 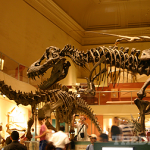