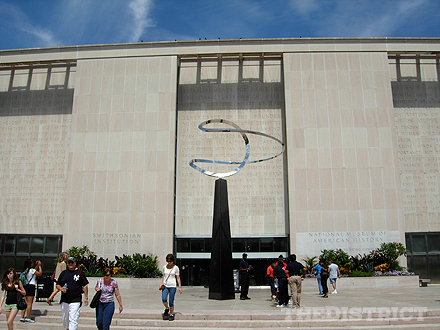 Dorothy’s ruby slippers, Abraham Lincoln’s top hat, Dizzy Gillespie’s trumpet — these are just a few of the three million artifacts housed in the National Museum of American History, a collection that represents the diversity of American life through the centuries.

As part of a recent two-year, $85 million renovation, the museum added a new gallery to display the original Star-Spangled Banner — the 200-year-old flag that inspired Francis Scott Key to write the U.S. national anthem. An interactive table allows visitors to investigate details of the flag and how it was made. The exhibition also explores how Americans have used the Star-Spangled Banner — the flag and the song — to express national identity.

Other crowd-pleasers include Julia Child’s kitchen, moved to the museum lock, stock, and barrel from Child’s house in Cambridge, Massachusetts in 2001, and the “First Ladies at the Smithsonian” exhibit, which features gowns worn by 14 first ladies, including Laura Bush and Jackie Kennedy. Michelle Obama’s inaugural gown is also on display.

You can also see a stretch of the famed Route 66 in the museum’s “America on the Move” exhibit, or ponder the civil rights era at the Greensboro Lunch Counter — an iconic artifact that recalls the moment when four African American college students were refused service at a “whites only” lunch counter in Greensboro, North Carolina.

In addition to daily, 60-minute guided tours, the museum offers an evolving roster of lectures, interactive activities and musical performances; check the web site’s “Events and Programs” page for information.

The museum houses two cafes, offering soups, salads, and pizza, but expect long lines during the school year when a large number of student groups visit. Packing a lunch and eating on the Mall, or picking up a hot dog from one of the vendors on Constitution Avenue or Madison Drive, may be a better alternative. 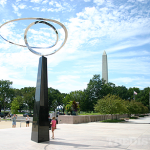 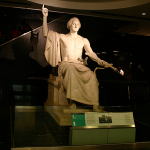 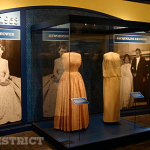 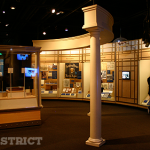 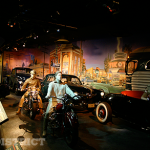 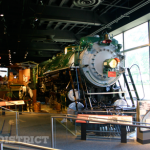 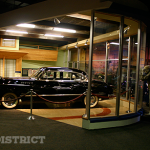 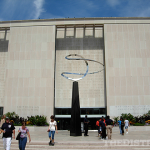